This Competition is now complete. The winners were Osterwald Ravens.(See more Awards)

This Competition was part of the league under a previous ruleset.

The new season kicks off! 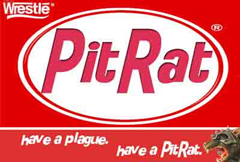 Teams will play all opposing teams in their Conference League once with equal home and away matches. 3pts for a win, 1pt for a draw and 0pts for a loss. When tiebreakers are required to be used the same ones apply which have done throughout the league. After the matches are completed teams finishing position will determine which category they enter into the Play-Offs.

Good luck to the teams this year and welcome back to old faces once more.

No Deflections have been made yet

Other Competitions this Season

Other Competitions for this Cup